The flow of capital 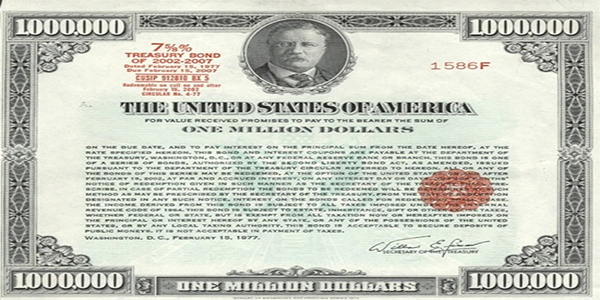 Let’s keep it with the tradition of commenting on TIC data. Late last week we had the set of numbers for October out. You will remember that they are being released with a 2 month time lag, which is as we are fully aware backward looking and not ideal, but we have to take what we can get. It is still important to understand where the flows of Treasury bonds have been and try to extrapolate current developments from there.

All eyes are obviously on the China numbers these days. The PBoC is holding us less in suspense than the US Treasury Department, and by way of their November release on total foreign reserves we understand that the number has shrunk to just over 3 trillion dollars, from the spectacular highs of 4 trillion 2 years ago. This includes everything foreign currency denominated, also China’s holdings of US Treasuries.

So in short, Beijing has been reducing dollar assets by a substantial margin, which is also reflected in the October TIC data. The latest released holding for China amounts to 1,116 trillion dollars in US government paper, a number that is around a whopping 150 billion less from exactly a year ago, just over 200 billion less than the all-time high in late 2013, and now for the first time since 2008 even below Japan’s 1.132 trillion.

Just amazing that, in light of this massive TIC shift, almost all other jurisdictions have kept a very steady balance of bonds. The exceptions are far and between, as in Belgium that is always volatile and overrepresented with an inappropriately large holding number due to its clearing center status, and Ireland that traditionally houses massive pockets of cash deposits and quasi-cash short-term Treasury holdings for US corporates.

The reduction in China’s holdings stems from a cocktail of cross border activities that spans from increased foreign direct investment to probably a degree of capital flight, something that the PBoC has been taking seriously recently introducing quite a few measures to better control outflow of funds. At the same time, those redeemed dollars are being employed to counteract the ongoing pressure on the Renminbi.

This development may however not necessarily be the end of the world as is continuously propagated by the mainstream pundits. As previously commented, China’s economy is in transition into a much more domestic consumption-led environment. The need to hold 4 trillion in foreign reserves has long passed its best used by date. By all means do we exceed any degree of comfort levels with these excesses of the past.

Also, Donald Trump may keep up his bad cop image and continue tweeting incriminating texts on Beijing’s leadership, but in the end he will want to do a deal with China. The problem however is that Trump’s perception on trade deficits is flawed when he thinks that they are being caused by unfair trade practices. He doesn’t seem to understand that they are much rather a result of big spending and budget deficits, the path he actually wants to go down.

We know what he is after, namely manufacturing and jobs in America. Seen his latest 2 rules on Twitter? Buy American, Hire American. But they don’t come with threatening China into submission on trade. What he should want is different. Instead of Beijing withdrawing and providing less and less capital that America desperately needs and will need imagining the kinds of deficits Trump will run up, he better go after their money in a different way.

And how else to get it but inviting Chinese companies to set up shop in the US jurisdiction? The issue with that is that Trump knows all too well that there is a Catch-22 involved. It will require permitting Chinese companies to invest in equity, something that has been restricted across a vast array of industries and will need to go far beyond one pork producer buying another one, as in WH Group acquiring Smithfield a couple of years back.

Such shift in the nature of capital flows would be in China’s interest too. The reason why Japanese and Chinese have piled up a mountain of low yielding US Treasuries in exchange for their trade surpluses with America is because they haven’t exactly been at liberty of investing into other assets, equities in particular. If Trump were to bring change about here, and China agreed to reciprocate to a satisfactory extent, it could add to getting a deal done.